The following article was written by Kara McClurken, Director, Preservation Services, and posted on her behalf

The University of Virginia Library is delighted to announce that we have received a Catalyst Fund grant from LYRASIS, a non-profit organization supporting access to the world’s shared academic, scientific and cultural heritage. “Digital Collecting in Times of Crisis” will enable cultural institutions and communities to be better prepared to implement digital collecting strategies during and after rapidly evolving social events, such as natural disasters, controversies and public emergencies. Digital photos, videos, and social media content are major components of these community experiences, and collecting them as well as other materials (posters, ephemera, traditional media reports, etc.) is important to documenting such pivotal events. While some tools exist that can help a library or archives gather information, a range of technical, legal, and infrastructure issues are involved that hamper the ability of an organization to move forward quickly. 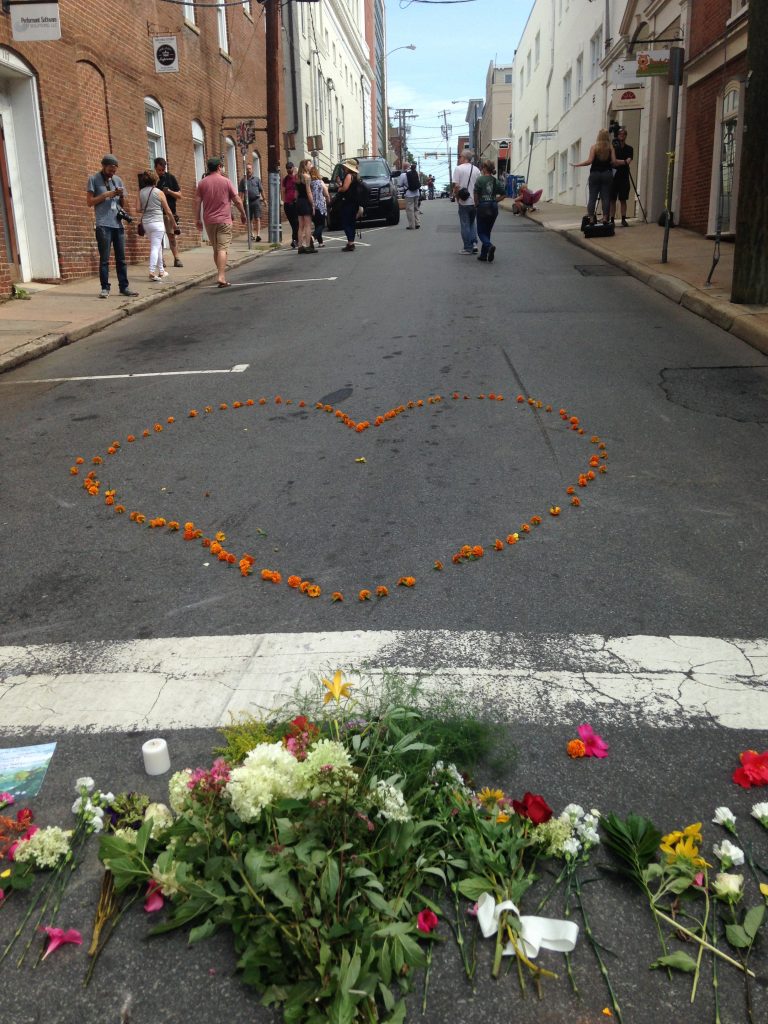 “4th St., August 13, 2017”—Photo by Divya Darling in the August 11–12 Collection from the UVA Library’s Digital Collecting of the “‘Unite the Right’ Rally and Community Response”

The grant will allow us to survey libraries, archives, and museums to determine what issues prevent an institution from quickly collecting and providing access to collections that have to do with crisis events. The data from these interviews will not only assist us in the adaptation of a current tool to better assist institutions who need to quickly collect digital content, but will also provide us with information that may be used for other grants to get institutions one step closer to having a digital collecting emergency response plan.

The second part of the project will attempt to solve some of those issues by adapting default themes and templates in the open source publishing platform Omeka to create templates and themes that can be used in times of crisis. The project will also create documentation to help less technically-adept users and institutions quickly set up spaces to collect and provide access to digital content that is created during times of crisis.

The LYRASIS Catalyst Fund is designed to foster innovation among libraries, archives, and museums. UVA Library was one of 6 projects funded this year—read the press release from LYRASIS to learn more.